The New Face of “Urban” Clothing 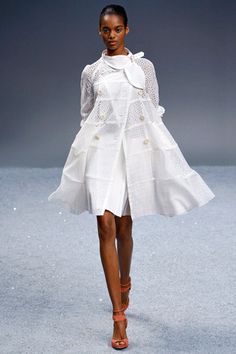 In recent years, a set of young new urban clothing designers has emerged, creating edgy “urban” clothing, but not necessarily hip-hop clothing which is often connected with the word “urban”. Technically, the word urban means “relating to the city” and these designers create city and street-style urban clothing, shoes and accessories for metropolitan hipsters. Hundreds of these new street brands have popped up in recent years, striving to create something different than the mass-produced products available in American malls.

Some of these brands include WESC (We Are the Superlative Conspiracy), Obey, tokidoki, Orisue, Hellz Bellz and Cheap Monday, to name a few. Because they aren’t mass-produced, these designer goods are priced between the low-end clothing store prices and high-end designer prices, making them an affordable luxury for the college-age young urban or suburbanite crowd they are marketed to.

There has even arisen a new genre of clothing store to sell these new designer brands to young men and women. One such online clothing store, Karmaloop, was founded in 1999. Their mission statement was “to battle the evil forces of McFashion in a world populated by Abercrombie Zombies.” Karmaloop has become a very successful company, and has helped to put many of these up-and-coming new urban clothing designers on the map. Another such online retail store, 80’s Purple, was founded in 2004 and has now gained prominence. Of course one of the pioneers selling urban hipster clothing was Urban Outfitters which has been around as a company since the early 1970’s.

While styles continue to change, urban and suburban hipsters alike are abandoning the older, more established designer brands often found in upscale department stores and flocking to these young, edgy and more trendy up-and-coming designer brands that can most easily be found in online retail boutiques.